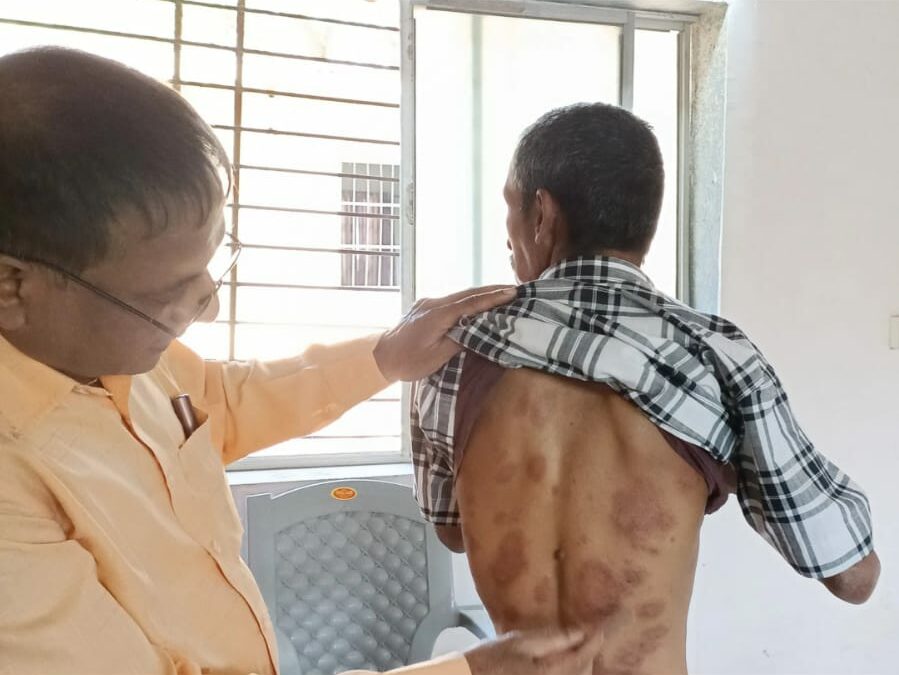 The Karuna Medical Team was once again successful in deducting two new cases of leprosy today at the Aagaon Medical Camp. One 35-year-old was diagnosed with a severe case of leprosy. Another 26-year-old young man who was referred by a skin specialist on suspicion of being affected with leprosy was confirmed positive after assessment by the Team doctor. Both the men are now on a Multi-Drug-Therapy for one year. The Karuna Team will follow up with both men to ensure they continue the treatment.