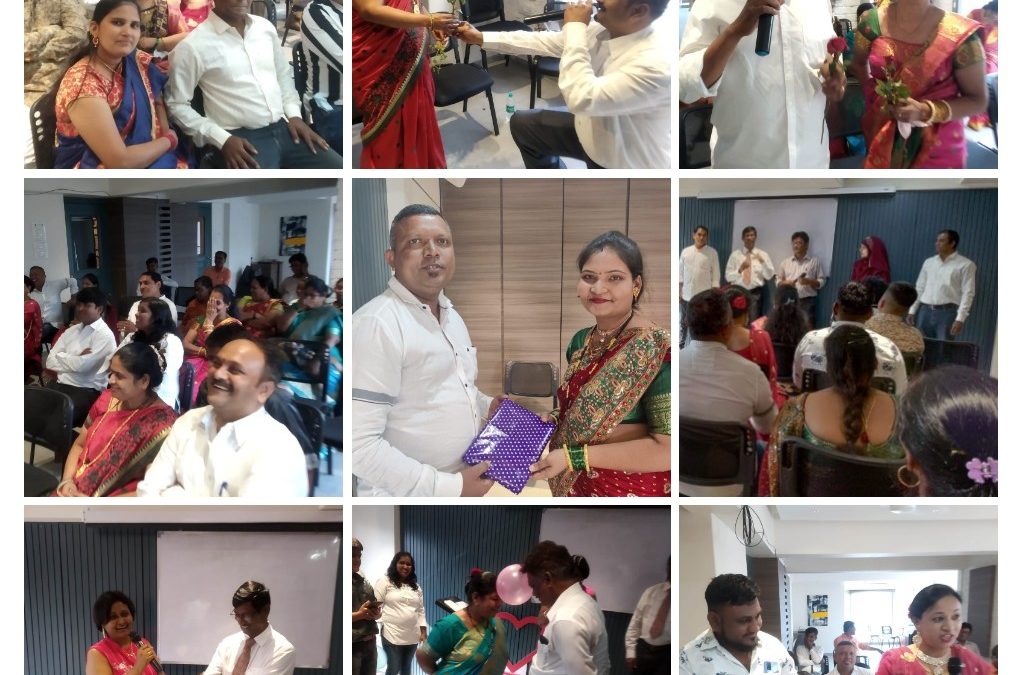 Karuna Project for the first time organised a meeting for couples to spread the message of love and respect among married couples. The program started with lunch and photo session of each
couple.

The couples were welcomed with a special song by Karuna staff Shashikant and a
short session on the ‘5 Love Languages’ by Sujata & Prakash with activities and sharing from the other couples. A gift of a photo frame was
given to each couple. There were seven couples from three communities and five couples from the Karuna Team attending the meet. All the seven couples said this was the first time they are attending something so interesting for couples. One husband was so touched that he said for the first time in 27 years I am proposing to my wife and he knelt down and said ‘I love you to his wife. Quality Time and Words of Affirmation were the common love languages among the couples. They promised to be intentional in applying the love languages in their marriages. Every couple got an opportunity to say something special about their spouse, this too was for the first time for most. 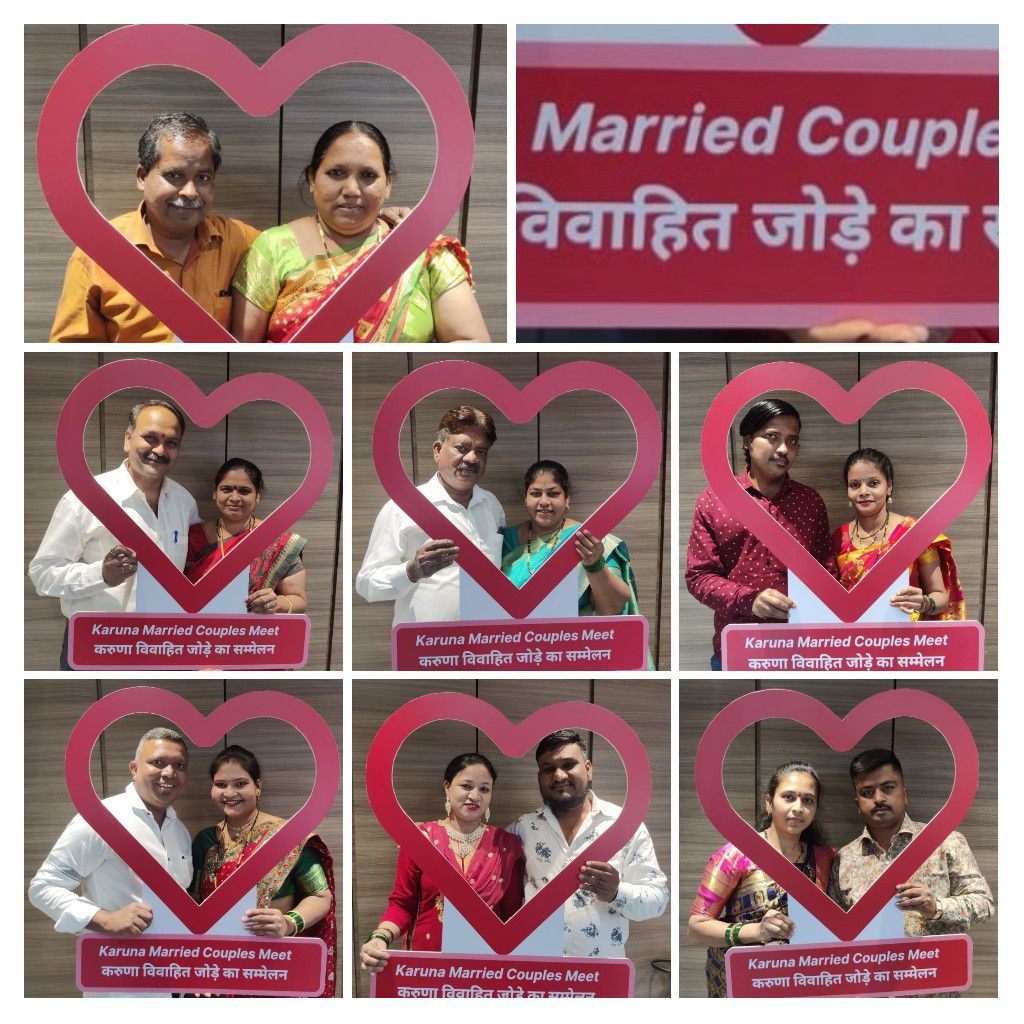 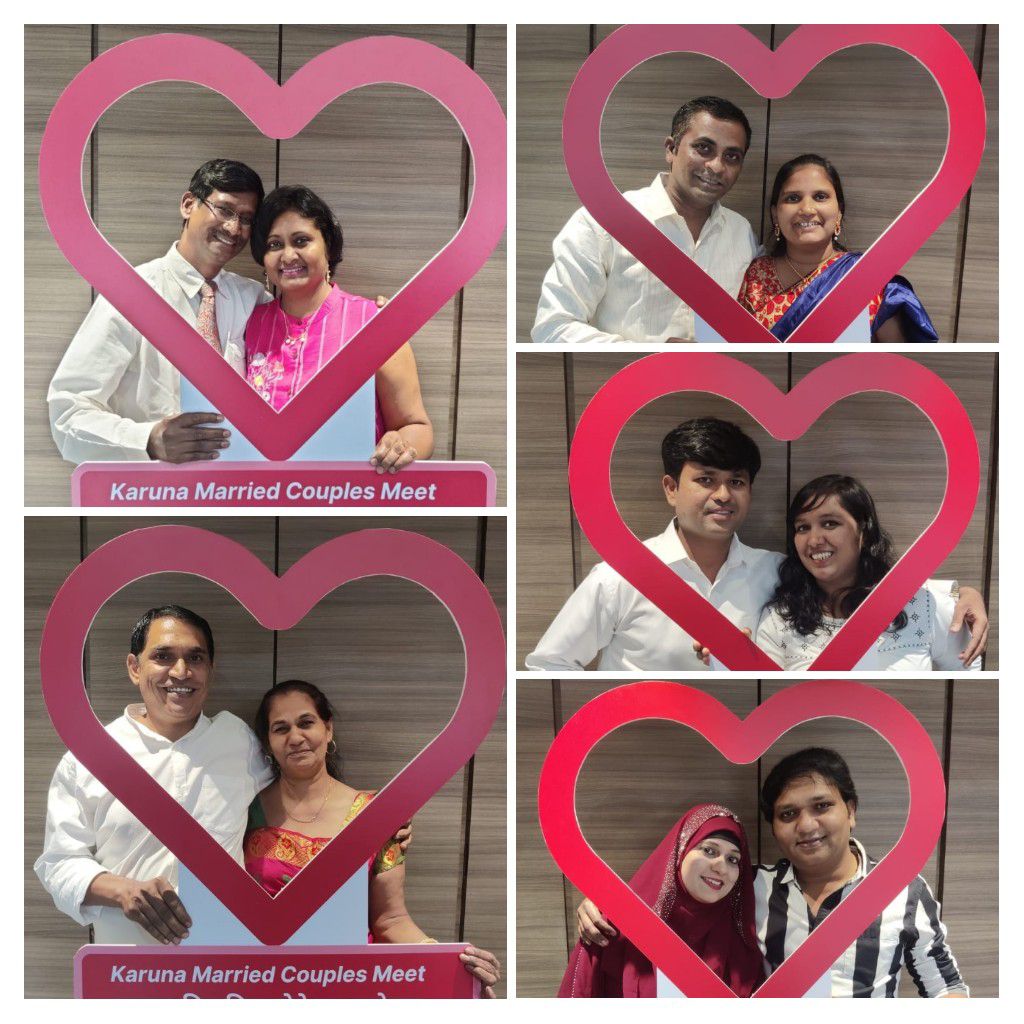