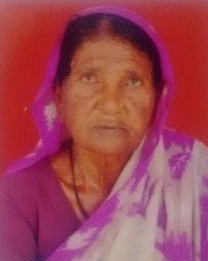 The latest addition in Krupa! Suman survivor of two siblings grew up with her mother who worked as a maid. Suman lost her husband to alcohol. She had a 4-year-old daughter who died due to some sickness.

She returned back to her mother who lived in servant quarters. Suman did odd jobs and was soon employed as a Sweeper in a government Mess. Mother passed away in time.

A few years back Suman was relieved of her duties because of age. With no place to stay she stayed with her kind cousin brother & family for a month or so but soon he passed away. She returned back to the servant quarters area where a kind lady shared her quarter space with Suman. After living there for quite some time, she was forced to leave due to rules becoming stringent.

Desperate in search of shelter, she reached out to a distant relative who approached Krupa Home. Looking at Suman’s case being genuine and her need for a home, she was received in Krupa Old Age Home. She now has a home, food, all around care and fun-filled fellowship with the other ladies. 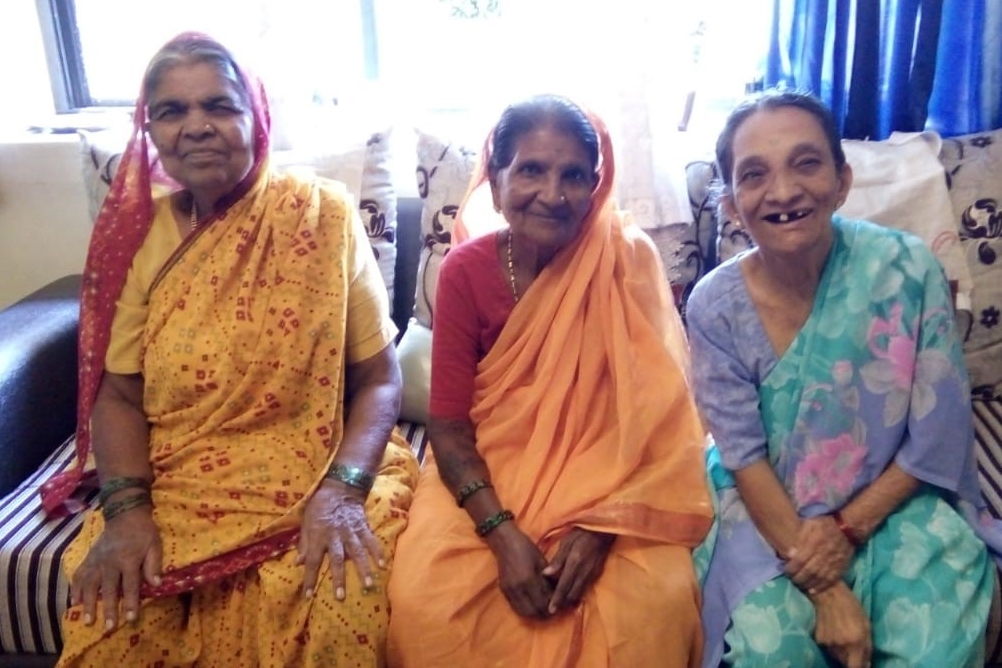 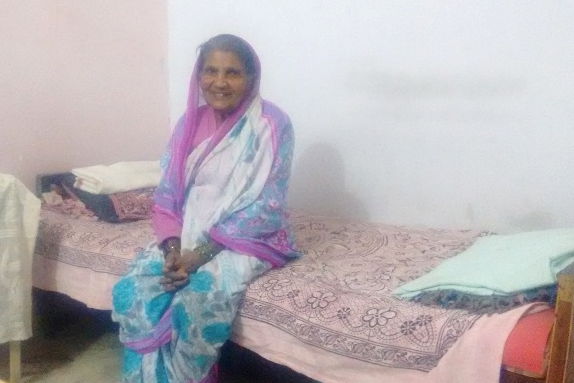 Sad News… After having an abundance of joy in the last 5 sunset years of her life, Janabai passed away. Her witty humour is missed a lot !!

one passes away after partaking of great joy in the sunset years of her life, another new one comes in to find joy, care and most of all LOVE in Krupa Home for the elderly. Serving with compassion and giving the utmost of loving care to the destitute elderly goes on….

Leelabai who has been in Krupa for some months now. She is very happy and full of fun but she would suddenly fill a few things in any bag she could find and venture out as if to travel. The Gate has been put under a lock to prevent her from embarking on any kind of adventurous journey! 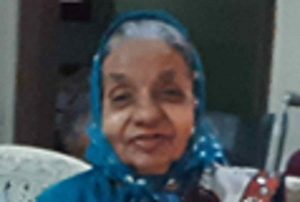 A special programme was organized to honour the care staff members and the precious, long standing supporters who have been serving and blessing Krupa home in amazing and wonderful ways. 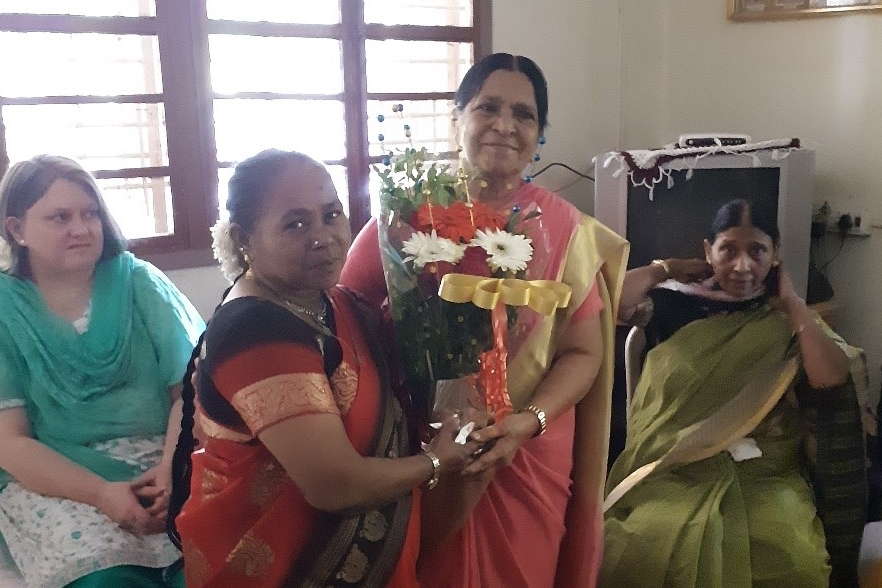 been a longstanding supporter of Krupa Home for the last 23 yrs. 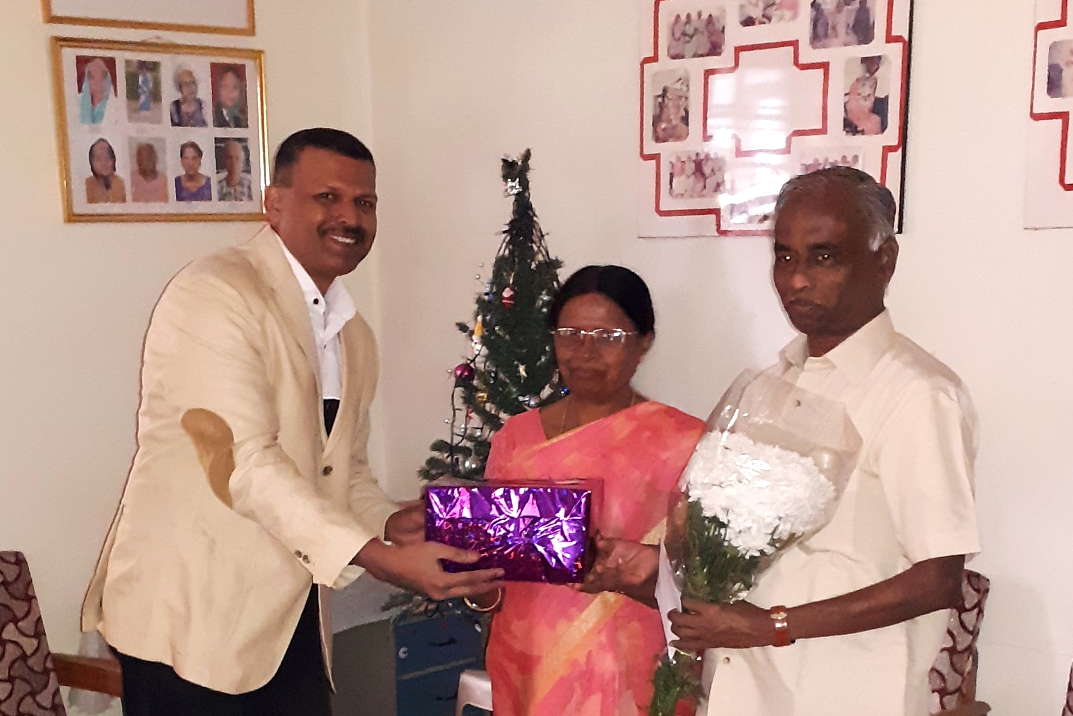 Sheela & Muthusami honoured for their consistent support and blessing to Krupa home. They have been bringing cooked meal, once a month for the last, almost 10 yrs. 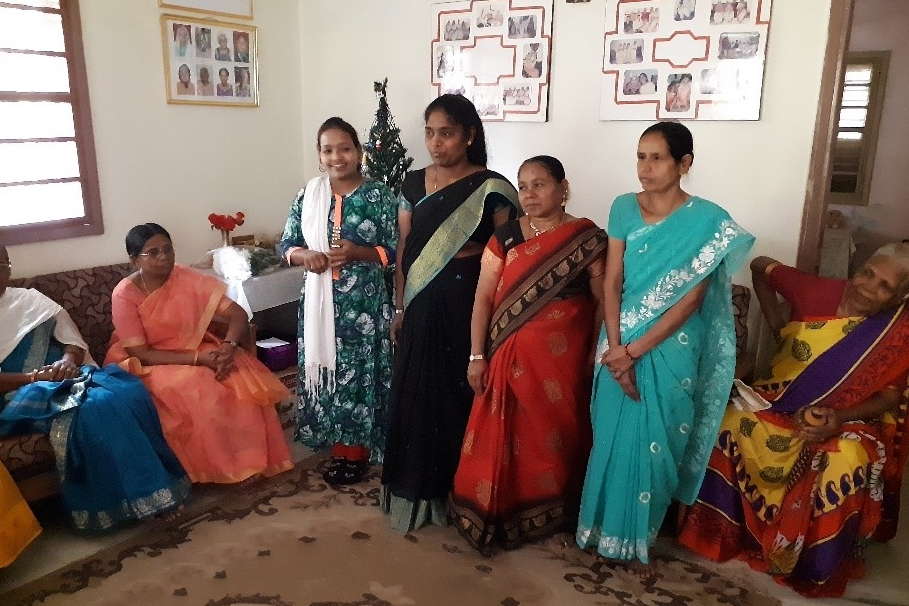 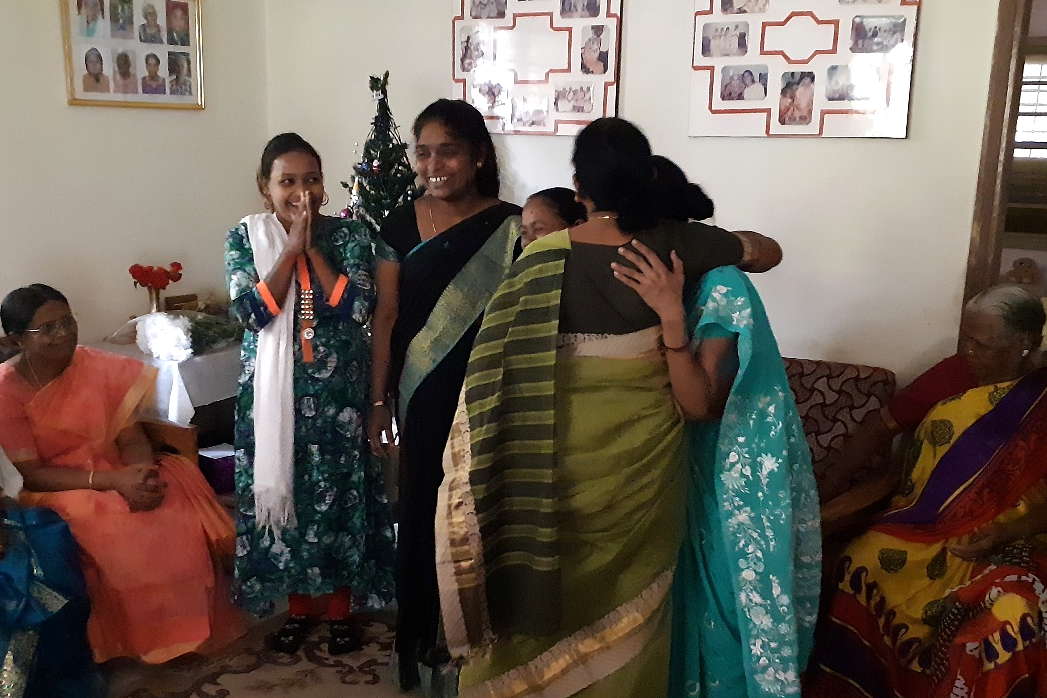 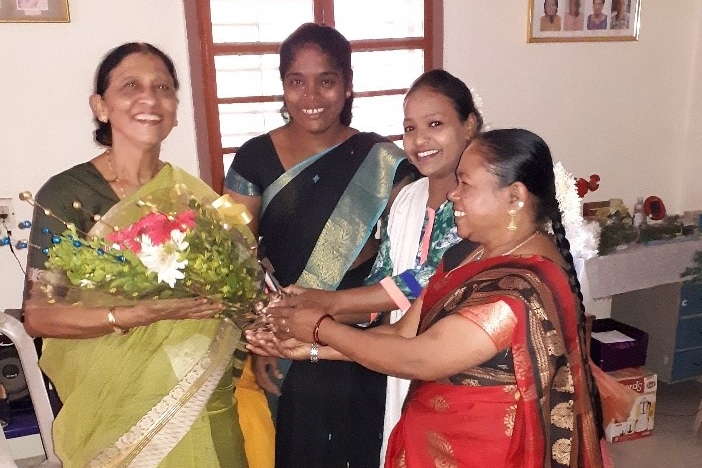 Clara being honoured by the Staff members.  We salute her for her exemplary dedication!! 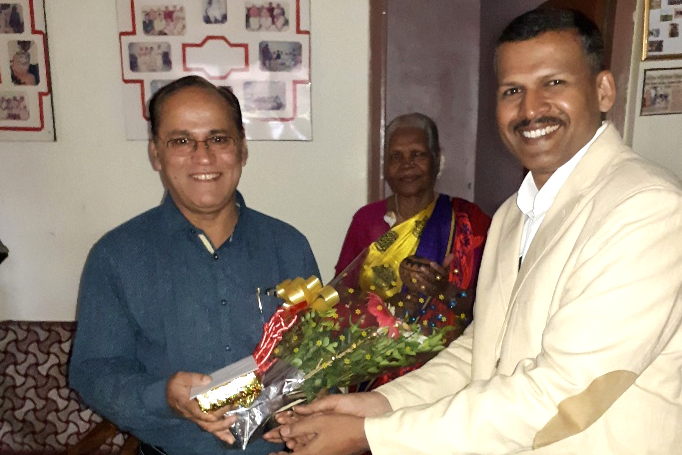 Dr. Keswani being honoured for his invaluable  support to Krupa since the last 22 yrs.
Santa and his Hairy assistant came along to visit the elderly and gave them sweets!! 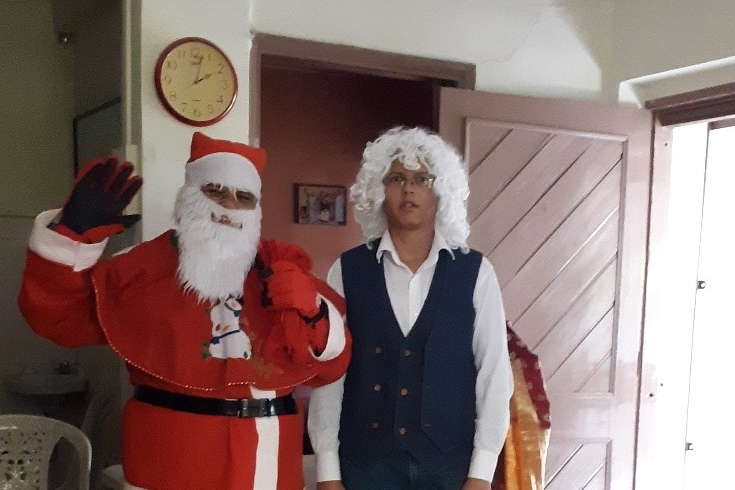 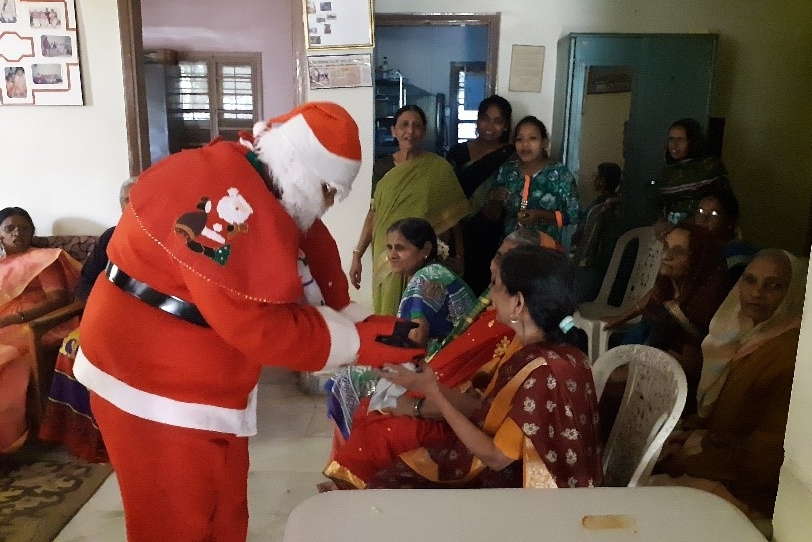 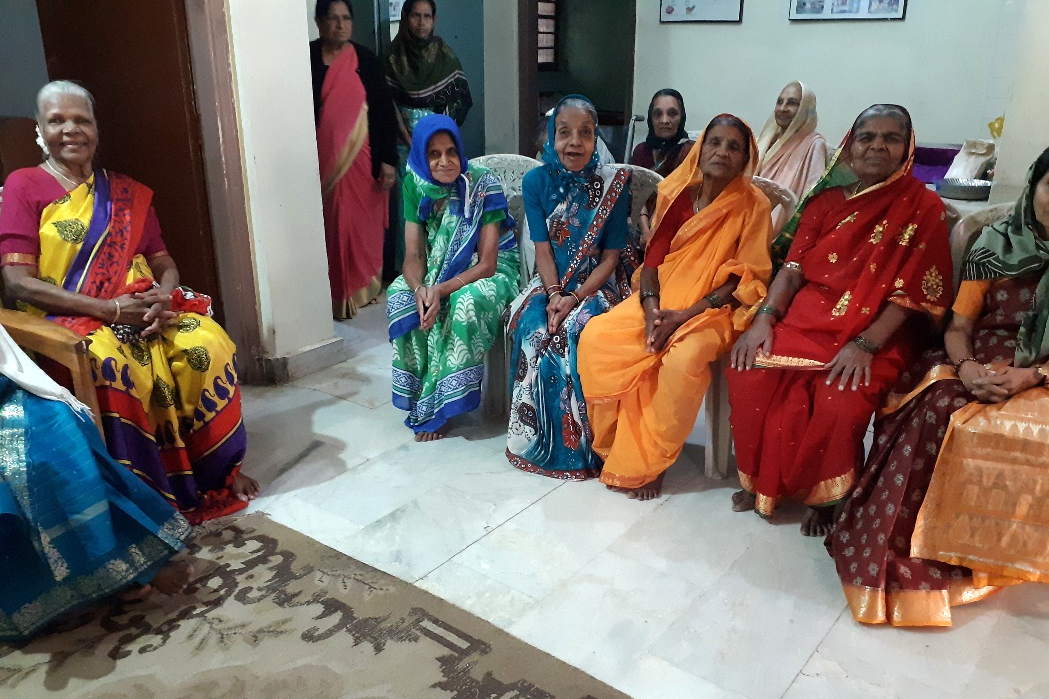 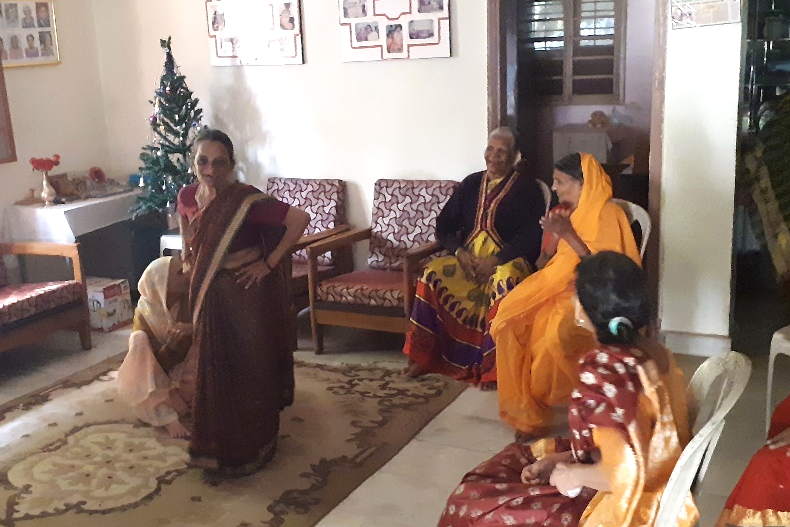 Krupa Home for the Elderly is very grateful to God Almighty for his compassion and to all the , supporters, volunteers and Donors.

We pray great blessings over you and your family.

May you have a great Christmas and a Blessed New Year!!