Tribute to Cyril Lobo : A volunteer staff at Karuna 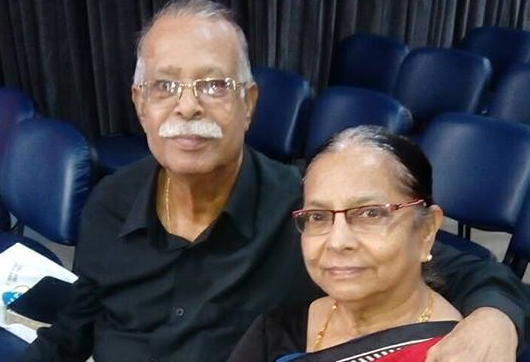 “I cannot think of living without serving Karuna. God has kept me alive so that I could serve Karuna in these 12 years. In the beginning when I did the dressing on ulcers and wounds, the stench used to be so strong & repulsive but today it has become a fragrance. I couldn’t live without that fragrance even for a week”

These are the words of Cyril S Lobo, lovingly called by everyone as C.S. Uncle. C.S wrote this in June 2012 for the 12th Anniversary bulletin for the Karuna Leprosy work. He worked at Karuna for 14 years up till 2014.

C. S  started as a  volunteer and then became part of the staff and in many ways he fulfilled what he wrote for that bulletin. He died on the 14th of June 2017. We celebrate his life as someone who loved the poor, especially, the Leprosy sufferers in the city of Mumbai. He always wanted to do the bandaging of wounds at the Leprosy clinic and he fought with the staff to do that. He was very punctual and always had the time to sit and talk to the patients in their own language and make them laugh with his sense of humour. He was a man of compassion with a heart for the poor & the marginalised.

He was a very helpful person and if any need arose in the team C.S uncle would be the first one to rise up and help. We will really miss him, his humour and compassionate heart. Recently I received a call from him, a very short one in which he said, “Franco please forgive me”. When I asked him what was it he was seeking forgiveness for, he said, “Please forgive me and I love you”. I did not know that this would be his last call to me but I think he somehow knew that his time here this earth  had come to an end.

He is a silent unsung hero and we at Karuna want to honour his life and his service to the poor. May his tribe increase!